Nevada, August 24, 2020 - Marsy’s Law for Nevada applauds the efforts of advocacy agencies and civic offices standing strong on behalf of victims’ rights. They work diligently to ensure that our neighbors receive the voice and rights they deserve if targeted by criminals. This summer the Marsy’s Law for Nevada has presented Recognition Coins to twelve recipients being highlighted for their strength, guidance, and dedication for victims of crime.

With so many caring organizations and individuals, we look forward to offering more recognition in the months to come. Statewide recipients include the Nevada Attorney General’s office, and the Nevada Coalition to END Domestic and Sexual Violence. The southern Nevada recipients this summer include SafeNest, S.A.F.E. House, Shade Tree, Gracie’s House, St. Jude’s Ranch for Children, Las Vegas Councilwoman Victoria Seaman, and Family Promise. In northern Nevada, we recognize Safe Embrace, The Domestic Violence Resource Center, and the Winnemucca Domestic Violence Shelter.

Lynda Tache, State Director of Marsy’s Law for Nevada, says, “We thank these organizations and individuals and so many more who are devoted to providing residents with guidance, safe haven, and information on our state’s constitutionally protected victims’ rights thanks to the passage of Marsy’s Law for Nevada in the fall of 2018. We look forward to recognizing many more outstanding agencies as we unite across our state.” 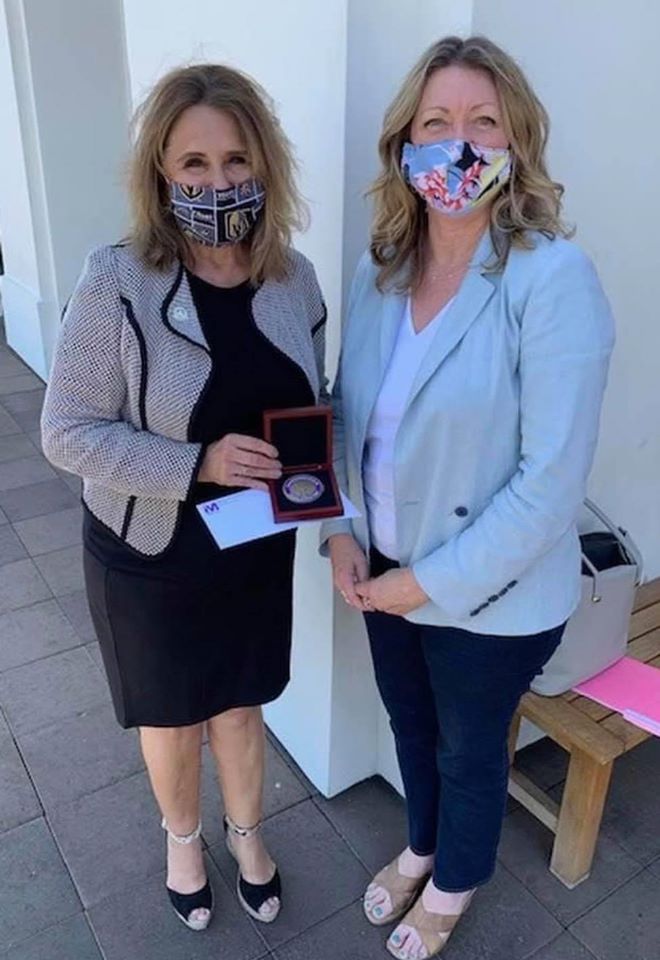 Marsy's Law for Nevada Director Lynda Tache presents Las Vegas City Councilwoman Victoria Seaman with the well deserved Marsy's Law for All National Champion for Victims' Rights award. Thank you for your support during the campaign's passage and now during the implementation stage.

• The Right to receive information about their rights, and the services available to crime victims.

• Right to be treated with fairness and respect throughout the criminal justice process.

• Right to be notified of a defendant’s impending release, and be protected from the defendant.

• Right to notice of all public proceedings in the case.

• Right to be reasonably heard, upon request, at all public proceedings regarding the case.

• Right to reasonably confer with the prosecuting agency, upon request, regarding the case.

• Right to full and timely restitution.

The effort is named after Marsalee “Marsy” Nicholas who was murdered by her ex-boyfriend in California in 1983. A week later he was released pending his court proceedings and went face to face with the victim’s family, who had no idea he was out of jail. Today her family is working to secure a voice and protection for victims and their families, nationwide. Individual Marsy’s Law measures have now been approved in twelve states: California, Illinois, North Dakota, South Dakota, Ohio, Florida, Georgia, Kentucky, North Carolina, Oklahoma, Pennsylvania, Wisconsin, and Nevada. Nearly 140-million people, or 40-percent of all Americans, now receive protected rights under Marsy’s Law.

Sign up to receive our monthly newsletter and updates.